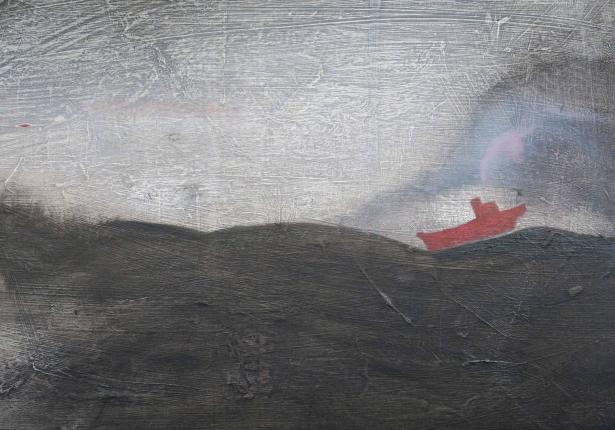 Andrew Viner, was born in Epsom, Surrey, April 1987. At a young age, his family moved to Winchelsea Beach. He now lives and works in Rye, East Sussex

Andrew is a prolific, and predominantly self-taught painter, although he did study art whilst living and working in Brighton. He finds his inspiration in the Landscape around his home town, as well as Cornwall, a place he visits regularly. As well as the landscape, the coastline and the sea inspires his work, with old tales, myths and poems further inspiring his images.

Andrew has found the British Romantic Artists, such as Constable and Turner a huge inspiration. And through a combination of wanderlust, and his enjoyment of drawing and capturing the landscape. He endeavours to further the ideas of the British “Romantic” artists by trying to amplify the landscape into a new image.

As well as nature, the idea of the Romantic “Sublime” fascinates him.
The idea of an image that on face value is attractive, enticing and thought provoking, but can also contain menace, a melancholy and something primal.

Andrew constantly strives to create an image which shows his reactions to the landscape, and the idea of the “sublime”. He's particularly interested in the harmony of classical image making, based on traditional methods. However he mixes this tradition with something more expressive and based on the physical properties of the actual painted surface. Andrew likes the viewer to see the painting as an object, as well as an image.

He is also inspired by poetry, and ancient myths and legends. Allowing these ideas and stories to seep into his paintings. He often uses the techniques of abstraction and expressionism in his working methods, however he does strive to remain a more figurative artist. Within his work he endeavours to strike more at the viewer’s emotions, as well as attempting to connect on an aesthetic level.

“Nature for me, is the absolute foundation for my work. Its unpredictable and never paralleled. It is dark, and earthy. It can be raw and terrifying, all involving and overpowering”