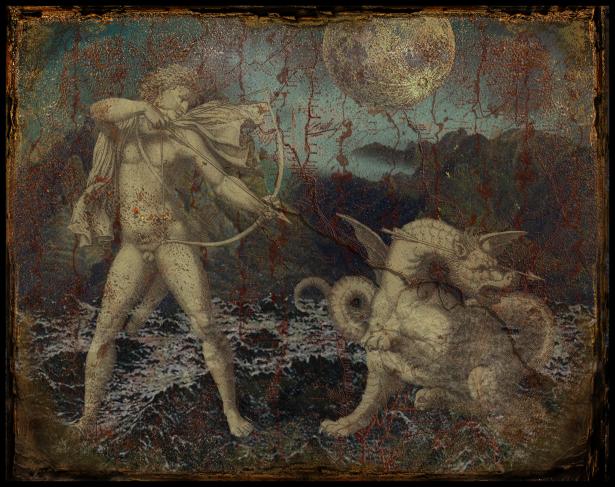 Born in New York in 1954, Michel Koven grew up in London where he studied architecture and worked in the world of advertising and design. Since the early 90s he has been living in Valencia. His passion for photography began at an early age and the camera has always been a faithful travel companion. He soon began to combine his photographic work with painting. After a period in which watercolour became his means of expression, his painting evolved towads a mixed technique combining his two passions: photography and painting.

His PHOTOMYTHS - a name coined by the artist to label his most recent work are photomontages which are inspired by classical mythology and imbue its rich universe with a dreamlike quality that dominates his compositions. Michel's lastet work are GLYPTOMYTHS which take Photomyths to a three dimensional level.

Both in his role as a photographer and painter, Michel Koven has exhibited in various galleries in Spain (Cafe Berlin in Valencia, Exhibirion Hall of The Rambleta in Valencia, Rambla of Art in Cambrils, twice at Cultur3 in Gijon, Factory Art in Mojacar) and the UK (Piers Feetham Galley, London).